Comparing AirCheck data for the last four weeks, Kia Carnival was the most advertised brand in the ‘Cars & Trucks’ category with 2,440 instances. Kia also took out the top spot for advertisers, followed by Nissan and Mazda.

Meanwhile, during the same period last year, Toyota was both the top automotive brand and advertiser.

During the last four weeks WSFM Sydney ran the most automotive ads (765), followed by Gold Melbourne and 4BC Brisbane. While during the same period in 2020, 5MMM Adelaide was out in front airing 544 spots in the Cars & Trucks category, followed by 2MMM Sydney and Mix94.5 Perth. 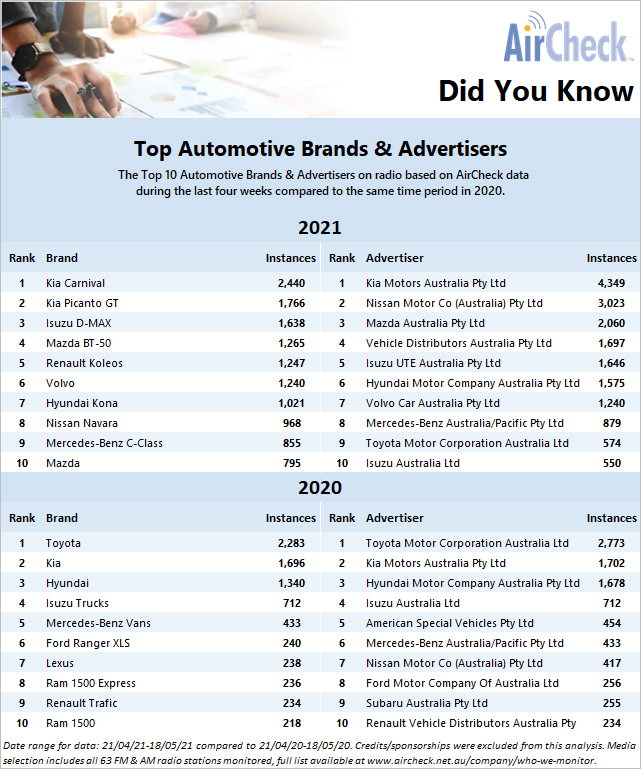