As we await the results of Survey 6 2021, here’s a look at music crossovers in Adelaide and Perth during the Survey 6 period.

Adelaide stations SAFM and Nova919 shared exactly 37% of their playlist. SAFM spun 833 songs exclusively, while Nova had just 192 songs that didn’t air on SAFM. The most-played song across both stations was Ed Sheeran’s airplay chart-topper ‘Bad Habits’ with 962 spins.

Unsurprisingly, only 9.2% of Mix 102.3’s playlist was shared by Triple M Adelaide. Mix102.3 – the most popular station in the market among people 10+ – played the least variety of music out of all stations included in this analysis with 705 songs.

24.4% of 96FM’s playlist was shared by fellow Perth station 92.9 Triple M. The latter had a smaller selection of music, however, with 1273 different songs played, compared to 96FM’s 1517-song playlist. Tallying a total of 63 spins, ‘When I Come Around’ by Green Day was the most-played track across both stations. 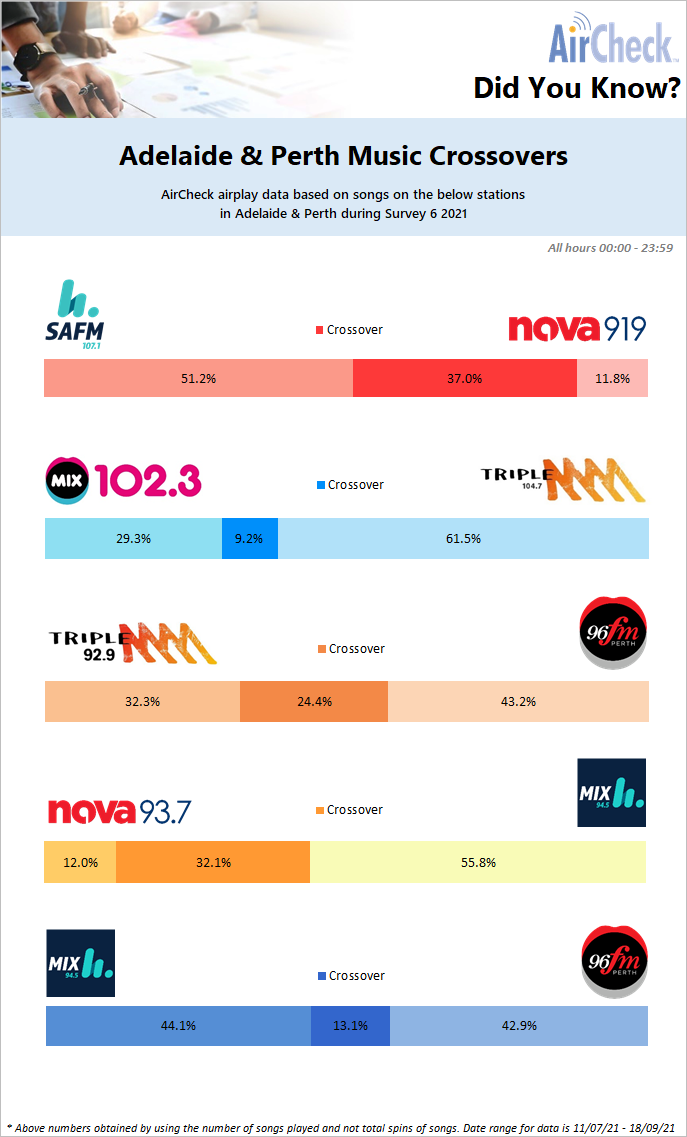